July 26, 2019 4:22 pm Comments Off on Solvent Recovery at Pharmaceutical and Chemical Production Plants 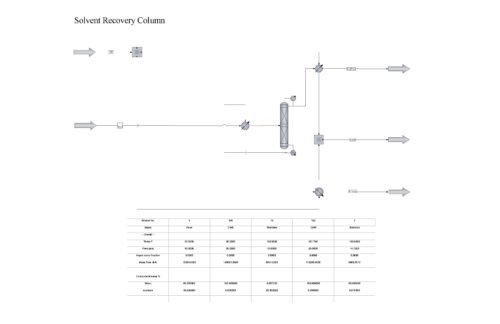 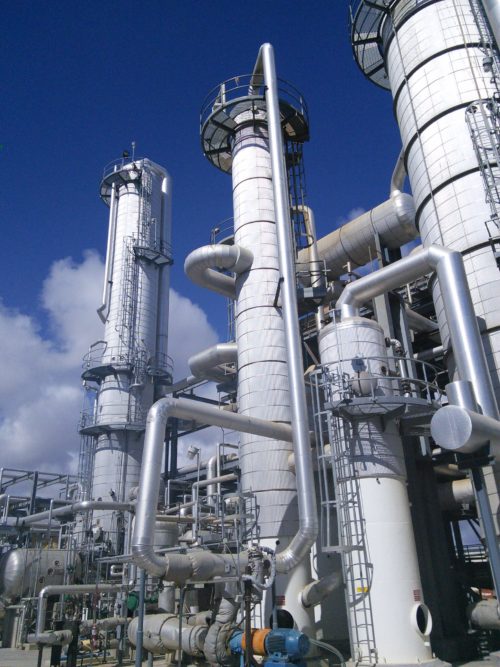 What Is Thin Stillage? 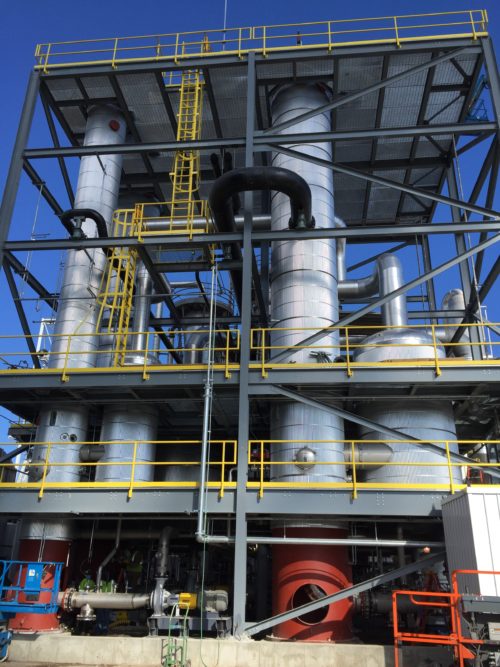 Where Is It Found?

The most common application for thin stillage evaporation is in ethanol plants, utilizing corn as a feedstock and producing fuel grade ethanol. The thin stillage evaporators allow the ethanol plant to concentrate up the dissolved solids, to either go to a dryer or sold as syrup. The dissolved solids come upstream from the fermentation process and consist of solids not digested in the ethanol fermenters. The dried solids (DDGS, Dried Distillers Grains with Solubles) can be sold to cattle farmers as feed, and has a long shelf life. Alternately, the syrup (CCDS, Corn Condensed Distillers Solubles) can be fed to cattle, however it has a much shorter life span.

How Is the Thin Stillage Concentrated?

The thin stillage is concentrated by evaporating off the water, leaving a more concentrated stream. The process often requires multiple stages of evaporation and multiple effects to reduce the amount of heating media (steam) required.

Each time the process fluid is concentrated through evaporation, it’s considered one stage of evaporation. In a three stage evaporation system, for example, the thin stillage could be concentrated from 7% to 14%, then 14% to 30%, then finally 30% to 35%.

A multiple-effect evaporation system is a means by which we reduce utility steam consumption by utilizing the steam we generate in evaporation to evaporate the process stream in the next effect. We do this by reducing the pressure at which the evaporation takes place. As an example, the first stage evaporation may take place at 5.15 psia generating steam at 163.4F. The second effect would operate at 3.83 psia, where boiling would take place at 151.3F. The steam generated at 163.4F (produced using low-pressure steam available at the plant) would be utilized to generate the steam at 151.3 in the second effect. We could have a third effect as well, at a lower operating pressure and temperature. 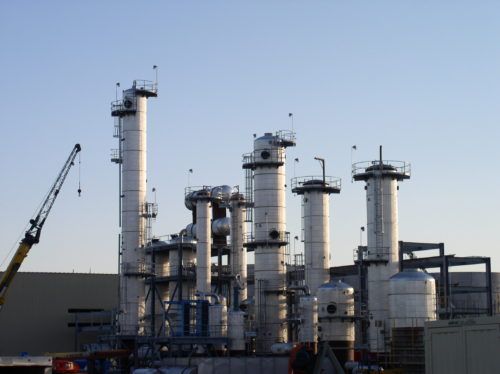 Our systems are typically run under vacuum where the operating temperature is low, reducing fouling rates and thereby increasing run times. Thermal Kinetics can supply the control valves, pumps, and all ancillary equipment (skidded system). Further, we recommend to our customers that they utilize a CIP system (clean in place) designed by Thermal Kinetics to clean the equipment with very minimal downtime.